“Music is music”. This is what Alban Berg responded to George Gershwin in Paris during the spring of 1928, as to why there was no distinction between what we consider “educated” music and “popular” music. Francesco Tristano has endorsed this quote over the last decade with his work; combining piano and synthesizer, between the scores of Johann Sebastian Bach – and also Frescobaldi, Berio,Buxtehude, Stravinsky, and Gershwin, among others – and the latest production and sequencing tools. The differences between a piano recital - or a classical score - and a technot rack are very noticeable, however, whether it is written on paper, uploaded to a computer or improvised live; music is music regardless of its style; electronic or baroque, dance or avant-garde.

Francesco Tristano’s recordings attempt to embrace a broad spectrum too; for Deutsche Grammophon he developed programs based on Cage and Bach (“Bach/Cage”, 2011), Buxtehude and Bach (“Long Walk”, 2012), Ravel and Stravinsky in “Scandale” (2014). Then also, for the French label Infiné he has developed his own compositions where the main ingredients are rhythmic experimentation, abstract texture and a unique sensation of freedom. Although it can seem as a contradictory method, almost bipolar, in reality, there is a very direct – however tenuous - line that connects Bach with techno music; the dance rhythm, harmony and order you may find in Bach are very much alive in pop music. There is a familiar energy, and also a rigid and intense sense of groove.

Techno music entered his life while pursuing his degree at the Juilliard School of New York. During the day, he would lead The New Bach Players through their Bach readings, and at night, the city’s clubs would introduce him to house and techno music. In “Not for piano” (2007), he published his owncompositions as well as piano versions of Detroit anthems such as, “The Bells” (Jeff Mills) or “Strings of Life” (Derrick May). A year later, with “Auricle Bio On” (2008), he introduced the sound of the piano and use it simultaneously as a sampler and synthesizer. In fact, with the release of “Idiosynkrasia” (2010) Francesco accomplished the synthesis of both languages; digital virtuosity and rare electronic textures, which he would claim as ‘Piano 2.0’.

Alongside with his career in electronic music, he has simultaneously continued to grow as a classical pianist with a repertoire half way between baroque (mainly Bach and before) and twentieth and twenty first century music, organizing his programs as if they were “playlists”, which is how he likes to define them. Francesco Tristano is expanding, driven by his genuine open -minded attitude and his increasing knowledge of techno. After finalizing Aufgang – two pianos and drums with a dose of deep house –, his next endeavours lead him again to his version of techno. Laying the foundations of a vast and untamed aesthetic.

Music is music and whether it is baroque or modern, dance or ambient, it attempts to connect with mind and body, to the euphoric and the sublime.

The Pianorig sessions are an immersive sensory experience that emanates from a soundscape orchestrated live by Francesco Tristano, which develop into an intricate amalgamation of light and design. The music breathes in harmony with the structure, pianorig has its own rhythm and calls for interaction with the space. 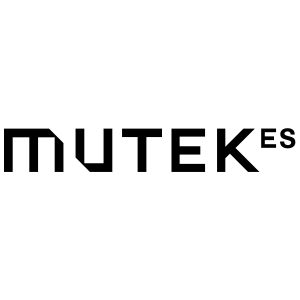