Showcase of Canadian and Québec Artists in Mexico

We are thrilled to strengthen the dialogue between Montréal and Mexico by sending a roster of leading-edge and experimental artists from Canada and Québec to MUTEK.MX. Underlining the art of live performance these artists will perform throughout the festival, running November 22-26 in Mexico, as well as participate in the discursive Digi Lab program of panels, workshops and interviews.

Thanks to the support of Conseil des arts et des lettres du Québec, Canada Council for the Arts and the Ministère des Relations Internationales et de la Francophonie du Québec as part of the Diversités project, an unprecedented total of 14 artists will present 9 performances during the festival.

A MUTEK commission developped with the support of the Conseil des arts et des lettres du Québec, Three Pieces With Titles relies on a new, souped-up, extreme real-time, audiovisual instrument that merges cameras, synthesizers, acoustic instruments, computers, and video projectors. The “three pieces” refer to three distinct movements: the image controls the sound (photographs trigger a camera plus a computer system linked to audio); the sound controls the image (an instrument triggers a camera plus computer system linked to photographs); and the sound is the image is the sound (colour turns into sound, acoustic vibration changes the colour and vice-versa).
➤ Read the interview with MUTEK Mag

Magnanime creates a techno-house hybrid rife with experimental nuances, embracing mistakes of technology and recycling odd noises into her perpetually evolving, beat driven repertoire. Live, her forward thinking production process and enthusiasm for listener’s reactions shines, aware of her environment she manifests a dance music experience that is always an exchange with the audience.
➤ Listen to her 2016 live set here

Hyperform is an immersive A/V experience, exploring the role of spatial dimensionality to construct our reality, and its potential to create strange new realities as higher dimensional forms and spaces unravel around us. Hyperform sits at the edge between mathematics, science, visual and audio arts. The journey begins with the simplest spatial forms in both audio and visual format, and progresses towards a realm of beautiful immersive abstraction using real mathematical models of hyperdimensional forms, which are believed to exist beyond our normal perceptual capacity.
➤ Read the interview with MUTEK Mag

Bolstered by a community of harmoniously experimental artists in Montréal, Simon Chioini creates a hybrid of new music compositions and genre fusing underground club sounds – acoustic instrumental flourishes and synth waves layered in syncopated rhythms and unexpected distortions. After completing a degree at the Conservatoire de musique de Montréal, Félix Gourd changed his practice towards visual production. His versatility has lead him to work with many local musicians, as well as international pop stars Britney Spears and Selena Gomez, alongside his established collaboration with Simon Chioini.
➤ Listen to Simon Chioini's 2016 live set here

Who: Montreal based trio composed of Patrick Trudeau aka Diagraf mostly known as a digital visual artist, but also a VJ, DJ, composer, and filmmaker ; programmer, artist and designer Ehsan Rezaie aka Ewerx specialized in creating visual and interactive experiences using technology and code and composer and technologist and digital artist Michael Dean aka Wiklow.
Style: Organic and textured structures of sound and images. Ephemeral constructions dissolving into one another.

Interpolate uses live coding and generative processes to explore the relationship between audio and visual. This audio reactive performance is divided in four acts, image and sound meet, take turns in controlling each other and end up working in symbiosis. The stark, minimal, generative 3D geometry and particle systems take the audience through the music, conveying the physicality of the sound while mapping out the emotional landscape of the melodies. To interpolate means to determine an intermediate value or term in a serie by calculating it from surrounding known values; on stage Push 1 stop and Woulg send data wirelessly to each other in order to be able to patch new interactions between audio and visuals in real time, and interpolate the missing data between sound and image.

Jean-Sebastien Baillat has been creating high-tech visuals, branding campaigns, printed materials, web based work, dome performances, light and laser design, installations and scenography for more than 15 years. Always at the forefront of technological practices he has maintained a reputation for potent, glossy, elegant creations.

After 20 years and eight solo albums, Tim Hecker’s mastery of deep “ambient noise” still escalates in intensity with every release and increasingly sensorial performance. From his captivating bleak soundscapes on Harmony in Ultraviolet to melodic explorations of acoustic instruments run through with digital dexterity on Virgins, Hecker resists languishing in any genre. His compositions veer from synthesized glitching static to sustained piano chords, from dissonance to orchestral harmony.

This initiative was made possible thanks to the financial support of the Conseil des arts et des lettres du Québec and the Ministère des Relations internationales et de la Francophonie du Québec as part of the Diversités project.

We acknowledge the support of the Canada Council for the Arts, which last year invested $153 million to bring the arts to Canadians throughout the country. 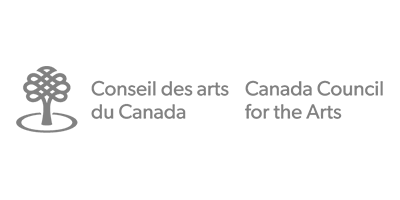