In solidarity with Black Lives Matter and the anti-racist movement


This week, we joined our friends and partners in the music industry to observe Black Out Tuesday. This pause in our professional activities gave us time to focus on the recent events in the US and worldwide, including those in Québec and in Canada.
We take a consciously anti-racist position and are actively committed to supporting events that are inclusive and representative of Montréal’s cultural and artistic diversity. We also take seriously our responsibility to acknowledge the contribution of black and queer communities in electronic music, by amplifying their voices via our activities and collaborations throughout the year.
This summer’s MUTEK festival and Forum IMG in Montréal will include greater representation by artists and speakers from BIPOC and other marginalized communities while pushing for dialogue and greater awareness of our collective and individual responsibilities within white supremacist structures. MUTEK will also keep its community informed on the concrete actions we are taking in an effort to recognize, denounce and fight systemic racism.
In the meantime, we have put together a selection of resources to help us get informed, increase our understanding and take action. The list is non-exhaustive, and we have included links to further reading and resources at the end. Conscious that this is only a first step towards a fairer world, the MUTEK team is committed to making the ongoing developments needed. For any questions or suggestions, you can reach us at: communication@mutek.org

Center for Research-Action on Race Relations is a Montreal-based independent, non-profit civil rights organization that was founded in 1983 with the mandate to promote racial equality and combat racism in Canada.
Friendship Centers across the country that provide culturally appropriate services for Indigenous people living in urban centres and have become a place for Indigenous and non-Indigenous people to come together, to share traditions and to learn from one another.
Hoodstock is a group in Montreal-North working to create spaces for dialogue and emobilizing initiatives toward eliminating systemic inequalities and developing inclusive communities that are inclusive, safe and dynamic.

Black Lives Matter is a global organization in the US, UK, and Canada, whose mission is to eradicate white supremacy and build local power to intervene in violence inflicted on Black communities by the state and vigilantes.
Black Visions Collective is a Black-led, Queer and Trans centering organization whose mission is to organize powerful, connected Black communities and dismantle systems of violence through building strategic campaigns, investing in Black leadership, and engaging in cultural and narrative organizing. 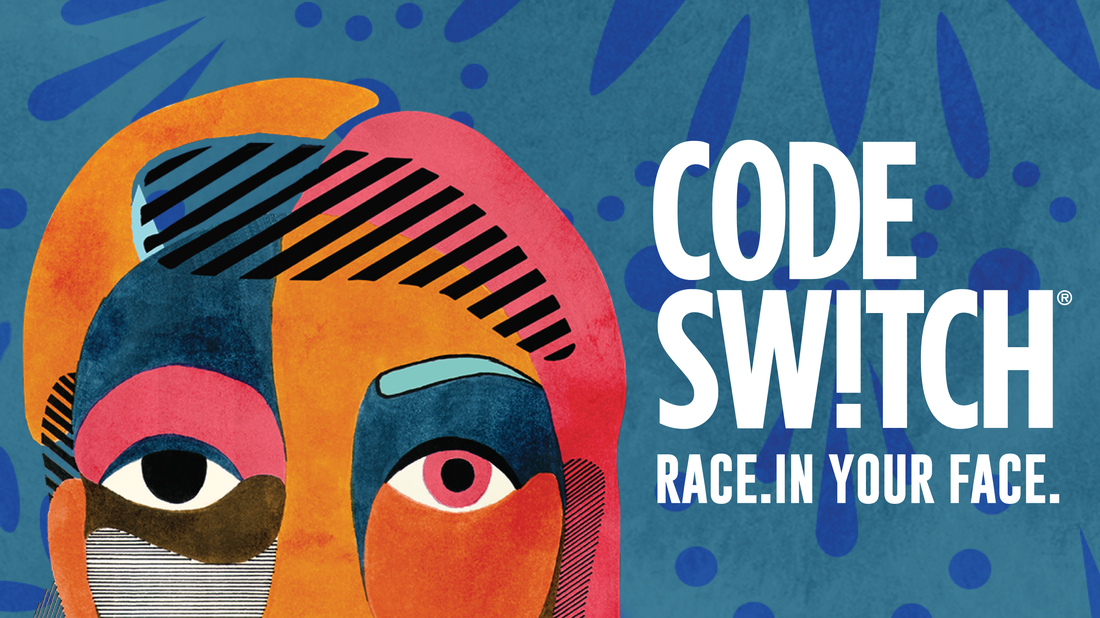 1619 - New York Times
Code Switch
Our National Conversation About Conversations About Race
Still Processing
The Nod
Where we at? - Annabel McLaughlin and Jessica Prudencio (Bilingual)
Woke or whateva (Bilingual)

13th - Ava DuVernay (NETFLIX)
The title of Ava DuVernay’s extraordinary and galvanizing documentary refers to the 13th Amendment to the Constitution, which reads, “Neither slavery nor involuntary servitude, except as a punishment for crime whereof the party shall have been duly convicted, shall exist within the United States.” The progression from that second qualifying clause to the horrors of mass criminalization and the sprawling American prison industry is laid out by DuVernay with bracing lucidity. With a potent mixture of archival footage and testimony from a dazzling array of activists, politicians, historians, and formerly incarcerated women and men, DuVernay creates a work of grand historical synthesis.

The Black Power Mixtape 1967 - 1975 - Göran Olsson
THE BLACK POWER MIXTAPE 1967-1975 mobilizes a treasure trove of 16mm material shot by Swedish journalists who came to the US drawn by stories of urban unrest and revolution. Gaining access to many of the leaders of the Black Power Movement—Stokely Carmichael, Bobby Seale, Angela Davis and Eldridge Cleaver among them—the filmmakers captured them in intimate moments and remarkably unguarded interviews.

In this superb cinematic poem, artist Ja’Tovia M. Gary presents a reflection on the safety and physical integrity of black women. Combining different materials and textures, the film juxtaposes Harlem street interviews with excerpts from a Nina Simone concert, experiments with 16 mm archival footage and a performance in Claude Monet’s garden in Giverny, where she puts her own body on-screen. “Do you feel safe in your body and in the world?” the filmmaker asks female passers by of all ages. Evoking a history of racism, violence, exploitation and objectification of black women’s bodies, The Giverny Document (Single Channel) also celebrates their resistance, strength and artistic creativity.

High Tech Soul: The Creation of Techno Music - Gary Bredow
Few documentaries do better justice to the foundation of techno than Gary Bredow’s 2006 film High Tech Soul: The Creation of Techno Music. Along with eaturing extended interviews with all the Detroit players, like Juan Atkins, Derrick May, and Kevin Saunderson, the film digs into the cultural roots of techno, starting with the race riots of 1967 and moving through to the underground party scene of the late ‘80s. Other interviews with Richie Hawtin, Jeff Mills, Carl Craig, Eddie Fowlkes and others help paint a clear picture of exactly how techno became the phenomenon we know it as in the 21st century.
+ watch

I am not your Negro - Raoul Peck
Inspired by the unfinished final film by the great James Baldwin, which dealt with the legacy and assassinations of his friends Medgar Evers, Malcolm X and Martin Luther King Jr., Raoul Peck (L’homme sur les quais, Lumumba) explores, through extensive archival footage and new footage, the history of racial tension in the United States over the last 50 years. Narrated by Samuel L. Jackson, who gives a stirring reading of Baldwin’s incisive, visionary prose, I Am Not Your Negro is a brilliant update to the reflections of the acclaimed author, more necessary than ever in this, the age of Black Lives Matter. “I know more about you than you know about me. Not everything that is faced can be changed, but nothing can be changed until it is faced.” An exceptionally powerful political essay, I Am Not Your Negro is a brilliant re-appropriation of historical myths, resulting in a penetrating reflection on America today.

I Was There When House Took Over the World - Jake Sumner
Quite simply, this is the documentary on the birth of house music, starting with its roots in gay underground disco scenes in cities like Chicago and NYC in the ‘70s, when social upheaval pushed the movement underground and changed it forever. Interviews come from the heaviest of early innovators, including Nicky Siano of The Loft, Chip E, Marshall Jefferson, Nile Rodgers, Smart Bar founder Joe Shanahan, Jesse Saunders, DJ Pierre, and all the soul-nourishing house and disco you can handle. Gotta have house!
+ watch

Real Scenes: Detroit | Resident Advisor
You can't talk about electronic music without mentioning Detroit. The city's DJs and producers birthed the genre we now call techno. Detroit, however, has always had a creative streak, due in large part to the boom and subsequent bust of the auto industry. Quite simply, Detroit is a city of extremes, and its music reflects that. Detroit's importance in the global electronic music scenes is often referred to in the past tense. With the recent emergence of Kyle Hall and other young Detroit producers, however, it's clear that a spark remains. When we visited, we found a number of artists with their eyes (and ears) firmly set towards the future. After our time there, it's clear that Detroit will endure and innovate for years to come.
+ watch

More: Criterion Channel have taken down the paywall on films from early pioneers of African American Cinema such as Oscar Micheaux; classics by Maya Angelou, Julie Dash, William Greaves, Kathleen Collins, Cheryl Dunye, and Charles Burnett; contemporary work by Khalik Allah and Leilah Weinraub. You can watch them for free now. 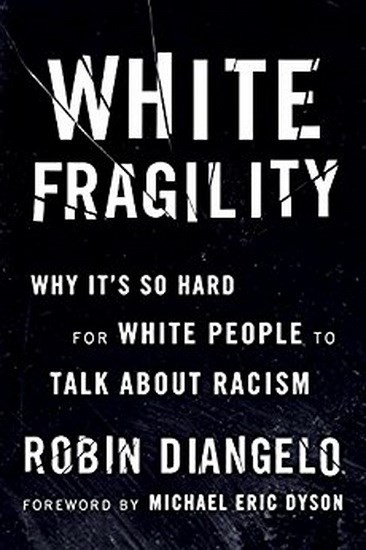 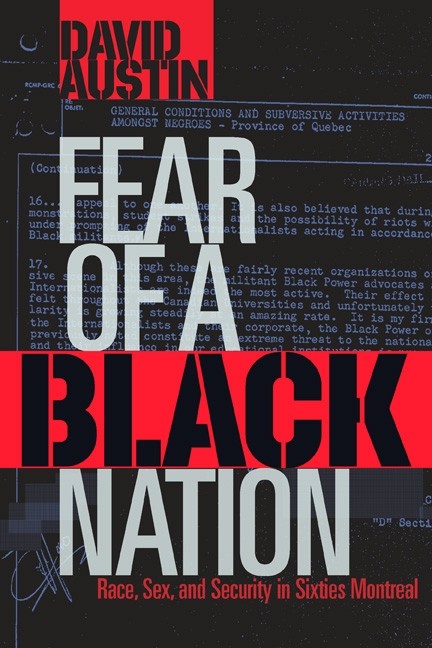